A centre in its nascent stage,which works on pocket money of doctors,teachers,engineers who volunteer with us.
A personal study of about 500 drug addicts in Kashmir within an age group of 15 to 34 and with a male-female ratio of 4:1 has revealed lot of facts which we all, specially doctors, teachers, parents need to understand.

People become addicts to various types of drugs, this shows an inner emptiness which people try to fill by drugs. The will-power of a drug abuser becomes weak slowly without he actually realizing it. I personally treated 6 female drug abusers and the reason they gave me was really unexpected. One female drug abuser aged 12 told me it was his boy friend who introduced her to drugs, first was cigarettes, then beer, and then alcohol. After many sessions of counseling she told me her parents would quarrel and her mother was subjected to domestic violence. For this young girl drug use was the most effective and enjoyable way to forget her problems, until he underwent painful withdrawal symptoms. Life threatening symptoms which arise after somebody stops drugs suddenly on his own without consulting a Psychiatrist. She had to seek my consultation. Among these young drug abusers I found something very unique but worth noting.

In chocolates, sweets these drug abusers looked for sweetness, tenderness and love which their tough life was missing. In alcohol they found confidence, security and determination which they could exhibit only during the time of consuming these drugs. In cigarettes they found a relaxed mind and calm.

Now, as we all know, we can get permanent peace of mind, relaxed mind, sweetness in life and confidence without taking to drugs. Here comes the responsibility of parents, friends, family, teachers and religious personalities. This community leaders must be proactive rather than reactive as is the case in our state of Kashmir. Kashmirs are generally very religious, a good session of counseling by trained doctors can do them a world of good. Anyone abusing drugs must make sure he gets medical treatment first for life threatening withdrawal symptoms, then medicine to reduce craving for misused drug. One important cogwheel in drug de-addiction treatment is meditation which unfortunately is not given so much of importance. Meditation can be of any kind, meditation is like a mobile charger you need to use it so that you never feel down and frustrated. Meditation recharges your body and prepares for challenges of life. Meditation leads us to what is genuine and eternal.

More Centres in Jammu and Kashmir 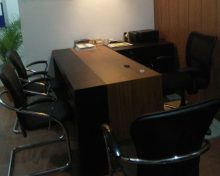 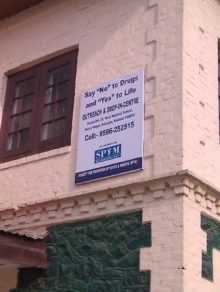