A Pastor, the Nazis, and Bill W: The Origins and Impact of the Serenity Prayer 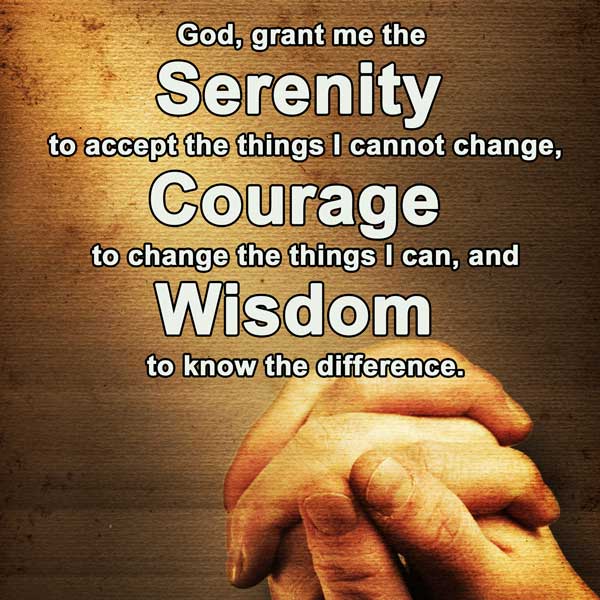 These words, known as the Serenity Prayer, have become inseparably linked with AA and are used for those recovering from a variety of addictions around the world. India is no exception; the Serenity Prayer is extremely popular and can often be found hanging on deaddiction centre walls, posted on deaddiction websites, and as part of deaddiction centre literature. Recovering addicts across India continue to be inspired by the simple, yet profound words of this prayer.

Have you ever wondered where these words came from? And even more interesting, how did these words become so tightly associated with recovery?

The Origin of the Serenity Prayer

Some debate surrounds the origin of the prayer, but the predominant view traces the prayer to Reinhold Niebuhr, a German-American theologian. He wrote the prayer and included it in a sermon in 1943. Heavy on his mind was the dire situation in Germany, as the evil Hitler and the Nazis continued to control Germany. He had some close Pastor friends from Germany who were working hard to fight Hitler, and some friends who were forced out of Germany and felt powerless.

The Serenity Prayer seems crafted to fit that exact situation. Niebuhr knew the hard decisions that his friends had to make. They saw the evil, but each had different roles in fighting it. Some could do nothing to change the circumstance. These people needed serenity, or calmness. They needed to be calm and rest in the fact that they couldn’t change anything. The second group needed courage. They recognized the need to fight the evil and realized that they could do something about it. Of course, both groups needed the wisdom to know which situation they were in.

“Never had we seen so much AA in so few words.”

Bill W., the founder of Alcoholics Anonymous, said those words when describing the Serenity Prayer. Apparently, a friend of his found the prayer and showed it to Bill. Bill loved the prayer and asked Niebuhr if he could use it in his AA meetings. The Serenity Prayer has been an integral part of AA ever since, spreading from the original meetings to places all around the globe, including, as we know, India.

Bill W.’s immediate love for the prayer has been repeated countless times by recovery alcoholics and addicts worldwide. What is it about the Serenity Prayer that makes it a perfect fit for recovery? There are many ways that those seeking sobriety have applied this prayer to their own lives, but the main application remains the same for all. Some things are too big to change. We often can’t change the people around us, the place we live and the circumstances we find ourselves. Although those things can be overwhelming we can’t let them defeat us. We need to face those things with serenity. However, there are some things that we can and must change. And an addiction to drugs or alcohol or anything else is something that we can and must change. It’s not easy and it takes courage. That’s why this is a prayer. We need God’s help.

What does the Serenity Prayer mean to you? How has it helped you in recovery?

If you would like to read more about this topic, consider reading The Serenity Prayer: Faith and Politics in Times of Peace and War, written by Niebuhr’s daughter.

We have almost 500 deaddiction centres in our directory, and many of them use the 12 steps extensively in their programs. If you would like more information, see our 12 Step Treatment Centre directory.