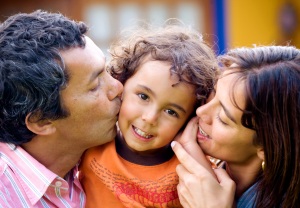 Dad came home one night with a brown paper bag in his left hand. The bag had small black letters on it; I couldn’t quite make out what it said. His face wore a conceited smile as he rushed to his bedroom. Before I could ask him how his day was the door shut behind him.

I heard him dump out the contents of the paper bag, probably onto his bed. This was followed by a number of popping and sucking noises. Then a gasp – a satisfied groan; then silence.

It wasn’t the first time this week this had happened, but the silence afterword was always deafening. I finally mustered up the courage to push the wooden door open. It creaked terribly. Dad was shirtless and face down on his stained white mattress. Suddenly his head shot up and and a stream of pale-yellow liquid shot from his mouth. He groaned, but didn’t seem to mind the vomit.

It was gross, and smelled horrible. He sat up and began itching his forearms and back till skin began flaking off. I looked desperately for the paper bag and found it wrinkled into a ball on the opposite end of the bed. Next to it was a small pile of needles and syringes. Dad smiled loosely and staggered out of the room, slurring something to me as he left. I followed him, afraid to be alone… always afraid.

Later that night Mom tried to explain to me that Dad had a problem. At eleven years old, I thought I understood. But the question of “why”, still lingered.

[pullquote]”Indian culture, economy, and families are trampled by substance abuse every day.”[/pullquote]

Everyday households around the world stage scenes like the one described above. With this reality in mind, it shouldn’t surprise us when we discover the epidemic of substance abuse spreading to the younger generation. Can the rapid diffusion of drugs across India be stopped; can it be hindered? The future looks grim.

With a turnover rate of over $500 billion, the drug industry is thriving, and its future in India is ugly.

Heroin, Cannabis, and Indian-produced pharmaceutical drugs come in as the top three abused drugs in India. According to a UN report, “One million heroin addicts are registered in India, and unofficially there are as many as five million”.

What was once a casual past-time for a minute portion of the Indian population, is now a prospering market infiltrating the Indian culture. The complex issue of drug abuse plagues India on many levels. Its culture, families, and economy are trampled by substance abuse every day.

Drug Abuse and Influence on Family 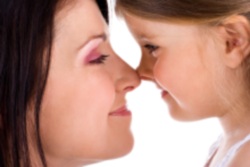 The social acceptance and normality of drugs in our country is penetrating beyond the culture and has reached into homes across India. At home, drug abuse becomes personal, affecting every family member. Circumstances and situations, like the one portrayed above, powerfully impact families.

And the sad part is – it’s an unavoidable reality many are thrust into. We have no control over what family we’re born into. Studies indicate that children whose parents abuse drugs are likely to take on their parent’s habit later in life. It’s time addicts took personal responsibility for their actions.

Youth drug addiction in India continues to rise; persisting to become more and more beyond government control. Psychologist, Rahul Chandok of the Batra Hospital in Delhi, India said, “The number of students smoking marijuana to beat stress has gone up considerably in the past few years. Students with an experimental zeal are more prone to intoxicants like weed and hash.”

To add to this zeal, nearly 3/4 of Indian homes – house drug users, many of which are parents of curious students. Some experts say that Indian children as young as 13 and 14 regularly experiment with intoxicants.

I’m a Drug Addict; what should I do?

There are over 200 De-Addiction Centres listed on this site. Arranged by city, treatment services, and states; the centres are in the business of providing an escape to drug abuse. Find one that suits you, and contact them. You’ll be placed in an environment that will encourage you towards abstinence and a better lifestyle.