Drug Abuse and De-Addiction in Punjab

Is drug abuse becoming the sixth flowing river in the State of Five Rivers? What is happening to Punjab? 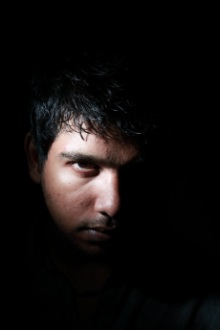 Punjab represents a sacred portion of our country. The rich history of this ancient land has given its people a sense of native pride. Punjab is a blessed region of India that once stood witness to countless victories and triumphs. Preserved by martyrs who gave their lives to sustain the people and culture, this land was once hallowed by saints. Punjab is a special place and close to the heart of India.

Once known for its life, unparalleled fertility, joy, and vibrancy – Punjab used to set the example. But the Punjab people are tragically turning their backs on their state’s values. As a result, the tornado of illegal drugs sweeping through India is sucking Punjab into the mess. The drug menace has been intensified in Punjab over the last four years, and currently 73.5% of the Punjab youth are severely addicted to drugs. [ref] https://deaddictioncentres.in/videos/punjab-documentary[/ref]

[pullquote]“Drug addiction has done to Punjab what even terrorism could not.”[/pullquote]

“Jahaj aa gaya hai!” (the plane has landed). This coded message echoes at least once a week through a rural village in the Malwa belt indicating to addicts that their allowance of “bhukki” has arrived. Hundreds of men, women and children desperately make their way towards undisclosed locations to collect their drugs for as cheap as Rs. 25 per dose. Couriers cart around precious bags of “bhukki” in their trucks and trailers. Innocently disguised as fruit and vegetable transporters, couriers have become masters of bypassing the law. The venue in which the “bhukki” is delivered changes frequently; this is done to avoid police and other government agencies.[ref]http://www.tribuneindia.com/2005/20050626/main9.htm[/ref]

Known as “the poor man’s addiction,” bhukki is derived from the poppy plant and constitutes a real threat to Indian society – especially in Punjab. The threat presented in Punjab is founded on two licensed poppy cultivation areas in Rajasthan and Madhya Pradesh. “Addicts take either “chura” (ground 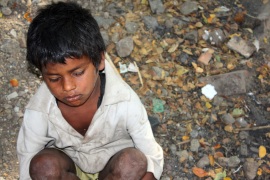 husk) with water or boil “bhukki” in water and drink the “karah” (concentrate)”[ref]http://www.tribuneindia.com/2005/20050626/main9.htm[/ref]. And bhukki is only one of the many drug menaces in Punjab as the state faces a difficult drug crisis. This crisis was recently isolated during the sixth annual conference on drug abuse in Punjab. The facts revealed during the conference are disturbing and remarkable:

[polldaddy poll=5889024]These eye opening evidences supporting the endemic of wide-spread drug abuse across Punjab prompted Dr. Hardeep Singh, the senior consultant of Psychiatry at Fortis Hospital to comment on the problem. He said, “Drug addiction has done to Punjab what even terrorism could not. The menace of addiction among the youth in our region, especially in the rural areas, has reached alarming levels. Much of this can be attributed to the lack of understanding of this as a disease and thus denial of proper treatment to the addicted.”[ref]http://www.tribuneindia.com/2005/20050626/main9.htm[/ref]

Of the 88 self-proclaimed De-Addiction Centres in Punjab, only 23 are official. These 65 illegal centres plaguing the reputation of rehabilitation in Punjab often pose a risk to their patients. The inadequate care is often due to a lack of sympathy, empathy, and understanding from an untrained staff.

Hope has recently come in the form of a 45 day long anti-drug march through the state. Also, government officials are starting to recognize the rehabilitation problem. [ref]http://www.youthkiawaaz.com/2011/03/drug-abuse-in-punjab/[/ref]

Though the scene of illegal De-Addiction centres in Punjab is unpredictable and spreading like water through a sponge, there are still reliable centres scattered throughout the State of Five Rivers.

And there is always hope.

Find a De-Addiction Centre in Punjab

We know how bad the situation is, what do you think needs to be done to fix the problem of drug abuse in Punjab? Comment below.