DELHI: Last Monday a comprehensive national policy to aid in the curbing of drug abuse was announced by finance minister, Pranab Mukherjee. The policy responds to the intensifying drug menace in India, and represents India’s strong commitment of rising to the challenge presented by substance abuse in our country. 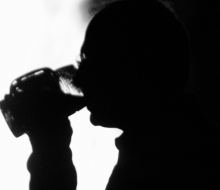 India: A Magnet for Substance Abuse

As a country sandwiched between two huge regions of illicit drug producers, India has a difficult task ahead of her; but the new policy reflects India’s continued determination to thwart drug abuse. Excitement for the policy was felt across India earlier last week, as the policy promises provision for rehabilitation and social re-integration for substance abuse victims. [ref]http://zeenews.india.com/news/health/health-news/india-introduces-new-policy-to-curb-drugs-trafficking_15544.html [/ref]

As the lack of government intervention becomes more obvious in our country, the policy is very timely. The Indian people have asked for hope, and now we will see if the government can help.

New Delhi: A Work in Progress

Because of the intensifying addiction scenario in India, sometimes it’s hard to find any positives to hold on to. I run into this as I write, and try to include an element of hope in each article I type. But frankly, at times the situations can seem hopeless.

Earlier last week I ran into an article that was exciting and encouraging to read. Published by the India Times about a decade ago, the article laid out the De-Addiction situation in New Delhi.

Ten years ago, the lack of quality and affordable De-Addiction in New Delhi was huge. The city offered a couple governmental funded centres and hospitals, but other than that, the Delhi rehab situation looked bleak.

Only 200 beds were available for De-Addiction throughout the entire city, and within a year of being released 90% of addicts seeking rehab in a New Delhi De-Addiction centre had relapsed. These shocking numbers forced me to look twice, but the print on the screen didn’t change.

But in the year 2012, the scenario is dramatically better! Granted there are many more addicts, but the De-Addiction situation has greatly improved. Just ten years after New Delhi was sending 90% of its addicts back home 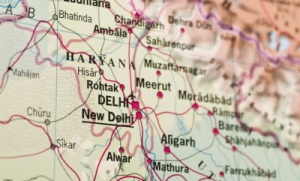 with inadequate treatment, the state has become the hub of De-Addiction research and activity.

Innovative centres such as Dr. Ram Manohar Lohia Hospital and SPYM both demonstrate organizations that set the standard for treatment and addiction research in India. The exciting progress in New Delhi provides hope for other struggling states like Punjab, and shows how much a state can change in just ten years.

Though Delhi stands out among other Indian states as a region of our country that is currently doing a better job handling the addiction episode sweeping through India, the people still needed to hear the encouraging news from Mukherjee on Monday.

With this new policy, Delhi will continue to provide quality De-Addiction, and suppress substance abuse in the state.

Looking for a centre in Delhi?

Visit our Delhi page for a comprehensive list of centres and hospitals that exists to help the addicted and needy population.