Cocaine Analysis – Use, Abuse, and Effects

Have you ever been stunned by the power of illicit drugs? Have you watched a drug destroy a friend or family member? Maybe you or someone you love is addicted right now.

Cocaine is often the culprit of these intense addictions, and frequently elicits short and long term effects that can tear the fabric of a family, a life, or even a culture. 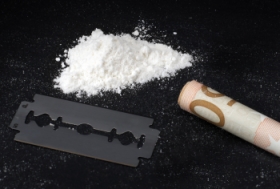 This post deals with the danger of cocaine dependence, three ways cocaine is taken, the risks surrounding cocaine, the short and long term effects of cocaine, and the use and production of cocaine in India.

Cocaine has an overwhelming impact on the brain’s “reward center,” the part of the brain associated with the individual’s desire for food, water and sex. The drug’s obsessive nature often turns into absolute dependency.

Beating out ecstasy, LSD, alcohol, tobacco and others; extensive research shows that after heroin, cocaine is a drug more addicts eventually depend on than any other illicit substance.

How is cocaine administered?

Essentially, there is no safe way to use cocaine – no matter the method you choose, toxins are absorbed and can lead to acute cardiovascular or cerebrovascular emergencies and could even result in sudden death. The most common cocaine administration techniques include: Smoking, Injecting and Snorting.

The risk involved in any drug abuse scenario can be broken down into a cycle of events. 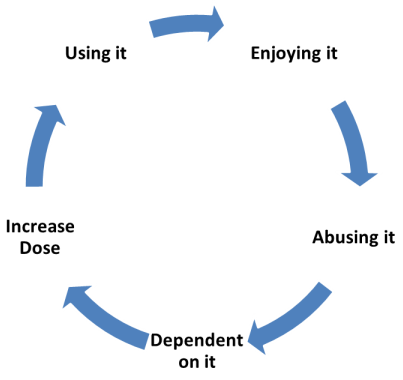 Each event has its own motive and effect.

Have you ever had a dream that a thousand bugs were crawling all over you, and there is no escape? I know I have; thankfully I woke up! Many cocaine addicts experience what is called “coke bugs” – a fictitious sensation that feels like hundreds of tiny bugs are creeping all over your skin, and they don’t wake up.

Cocaine has many other short and long term effects. Following intake, active cocaine molecules reach your brain in as few as ten seconds. The resulting “high” elicited by the 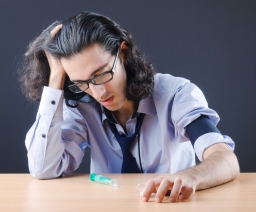 drug can last for as long as thirty minutes. Immediately following this “high” the user feels extremely restless, unpleasant, and has incredible cravings for more cocaine.

The initial high given to you by cocaine is never reached again. And the “lows” felt after get worse and worse. Some long term effects include:

Cocaine Production – Use in India

Bollywood actor Fardeen Khan’s recent charge for buying cocaine from a drug peddler is symbolic of the cocaine addiction problem in India. Cocaine isn’t just a drug in India, it is a symbol. When you use cocaine people know about it, and people know that you have the money to do so.

Because of the symbol surrounding cocaine, its production in India has a certain motivation, as it is a big money maker. Typically cocaine sells by the ounce for Approximately Rs 100,000.

As an expensive and intensely addictive drug, cocaine is one of India’s most dangerous substances.